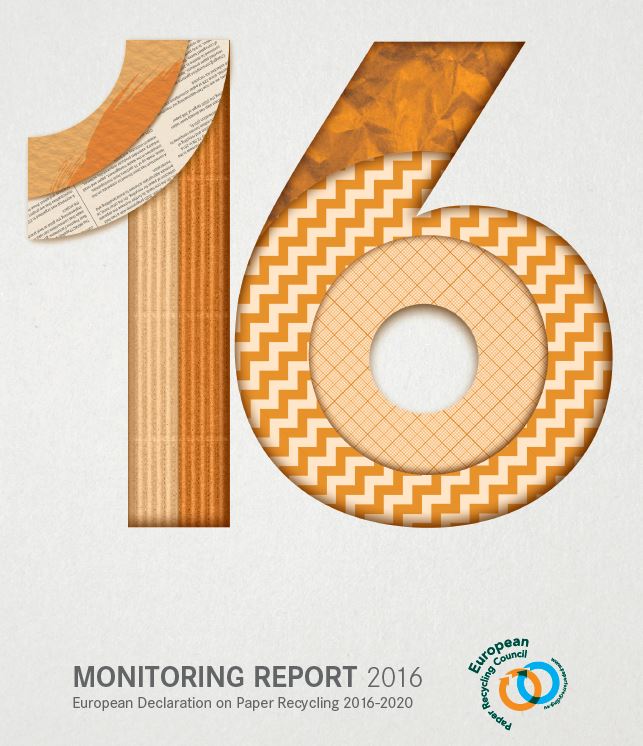 On track to reaching its commitment of achieving a 74% paper recycling rate across Europe by 2020, the European Paper Recycling Council (EPRC) today revealed its latest figure of 72.5%.

“We continue to make progress in elevating Europe’s recycling rate, but we must not remain complacent. A renewed focused on separate collection of paper for recycling is even more crucial to ensuring that Europe remains a global leader on paper recycling says” Ulrich Leberle, Secretary of the EPRC and Raw Materials Director at the Confederation of European Paper Industries (CEPI).  “This is even truer as quality issues have become more apparent in other regions over the past year.” he adds.

“The monitoring report is an example of the value chain’s commitment to review and meet its promises. This year’s findings demonstrate that we are both serious about our productâ€™s ecodesign and ensuring collected paper re-enters the paper recycling loop.” says Lisa Kretschmann, Chairperson of the EPRC

This year’s report also exhibits positive results from a regional perspective with the number of countries with rates below 60% dropping to nine, while seventeen countries now have recycling rates exceeding 70%.

Full details on our commitments can be consulted in the monitoring report here.

Note to editor: The European Paper Recycling Council (EPRC) was set up as an industry self-initiative in November 2000 to monitor progress towards meeting the paper recycling targets set out in the 2000 European Declaration on Paper Recycling. Since then the commitments in the Declaration are renewed every five years. In 2017 the EPRC committed itself to meeting and maintaining both a voluntary recycling rate target of 74% in the EU27 plus Switzerland and Norway by 2020 as well as qualitative targets in areas such as waste prevention, ecodesign and research and development. In 2017, Members of the ERPC are ACE, CEPI, CITPA, EMFA, ETS, FEPE, INGEDE and INTERGRAF. Supporters are Afera, EuPIA, FINAT and RadTECH Europe. DG Environment and DG Grow of the European Commission are permanent observers to the EPRC.